A guide to the gastronomic paradise of Naple’s cuisine 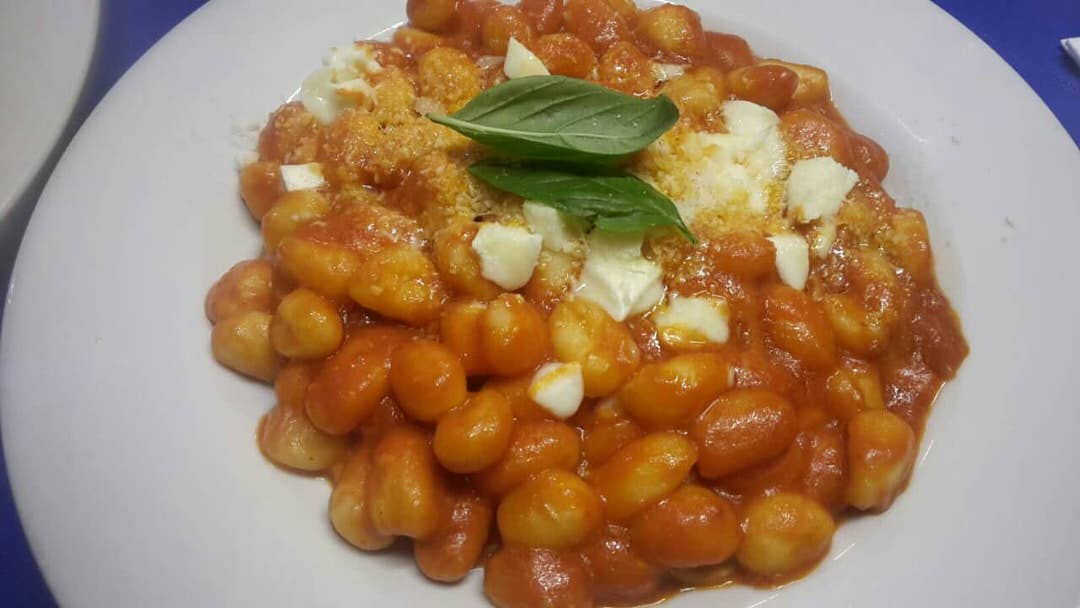 A popular, folk capital and a genuine Italian cuisine, simple, earthy, faithful to the locality of raw materials. A city favoured by its location and benefited by its climate and a production so wealthy that makes the area self-sufficient and proud of its tastes.

Besides being a threat, Vesuvius proves to be a blessing with its fertile territories giving an astonishing taste identity to vegetables ( San Marzano tomatoes ) , fruit ( apricots full of aromas, Sorrento’s famous lemons ), virgin olive oil and vineyards of course. Hard grains for top quality pasta, fresh fish and seafood that Golfo di Napoli generously offers, Italy’s best mozzarella, hams full of flavour and a specialty adored by the whole planet: la pizza Napolitana! The capital of the Italian south charms its visitors with its unpretentious, genuine popularity and brio, but also with its amazing cuisine and the richness of its flavours.

In Naples you should go well-read. Not only about the striking differences among the city’s areas, but also about the new taste experiences you can try. You should also leave behind all your hesitations and guilt about what seem to be heavy dishes, many of which are fried or with rich sauces, about the sinful desserts and gelati, forget about calories and weight control, realise that you’re in a gastronomic paradise and keenly try as many of the local specialties as you can. Soon you’ll feel ascertain that from gelaterie to tarallerie, from frigitorie to pizzarie, from the benches of Pignasecca food market to trattorie, one culinary surprise succeeds the other and each delicious taste competes with the next one.

The first tasty surprise that awaits you, something you’ve never tried before and won’t find anywhere else but is everywhere in Naples, are the famous Taralli! Round, savory cookies made with lard, lots of pepper and roasted almonds in their classic version, they are truly addictive. Especially the ones of Taralleria Napoletana which are always so fresh are they keep coming out of the oven non stop, in a big range of different flavours. Try them on the spot as part of an aperitivo assortment and you’ll be deliciously surprised.

The Neapolitan desserts? Amazing! Like the Baba au Rhum that can’t get enough of its rum syrup the same way you won’t be getting enough of its light dough. Plain ones in Scaturchio – where you should also try their signature ministeriali chocolates – filled with a rich cream in Capriccio-, even in family size in Casa Infante as an extra sinful delight.

At this point I have to say that having traveled to Italy more 15 times and having tried tones of gelato, the gelati of Naples were a true revelation! Casa Infante with the big variety of rich flavours has spread its fame from Naples to Milan and as I had already tried it I was anticipating for it. What overwhelmed me though, was Mennella with its supreme flavours of nuts – almond, walnut, amazing hazelnut with whole nuts – in one hand, and the divine chocolate flavours of Gay Odin on the other hand! In this old school chocolaterie, apart from their top quality chocolates you should also try the addictive chocolate gelato: chocolate with rum, with cinnamon, with orange, or fontente with chopped dark chocolate.

For breakfast follow the Neapolitans’ habits and enjoy along with a cup of coffee either a slice of the wonderful ricotta tart called Pastiera Napoletana, rich in citrus aromas – or Capri’s version with the addition of cocoa called Torta Caprese – or the amazing cream pie called Sfogliatella in two equally delicious versions: riccia or frolla, with pastry filo or dough, don’t get into a dilemma, try both of them. Pintauro and Sfogliatella Μary, both located on the busy commercial street Via Toledo, serve the best ones and despite the long queues you’ll be more than rewarded by their excellent taste, while the first bite of Attanasio’s sfogliatelle, near the central train station, will be an unforgettable one.

And although in Rome it’s not elegant at all to have a snack on the go unless it’s a gelato, in Naples nibbling crunchy, fried delicacies from a cuopo ( paper cone ), while wandering around the narrow streets of Quartieri Spagnoli area, is a pure delight. Suppli, arancini, fried vegetables, and yes, even pasta in delicious, juicy, fried balls, will make you lick your fingers. Just like the fried pizza at Antica Pizza Fritta Da Zia Esterina Sorbillo, which you will devour hot out of the oven, standing across the pavement together with so many locals who queue day and night outside the tiny spot.

When exploring the central food market of Pignasecca, make sure you make a stop at Friggitoria Fiorenzano, where apart from freshly fried, juicy suppli – breaded rice balls stuffed with melted mozzarella, mincemeat or tomato sauce – you can also enjoy a slice of the richly stuffed bread Tortano Napoletano, with eggs, ham and cheese. An excellent version of this very popular snack can also be enjoyed at Cibi Cotti Anna, a tiny, rustic eatery, where you have to arrive early enough in order to try the delicious lasagna, or a more traditional dish called Salsiccia e Friarielli, made of Campania greens and sausages, a combination you’ll also find in sandwiches and pizza toppings.

From so many other amazing specialties of the south’s cucina povera, the ones you’ll certainly remember after tasting them are Gnocchi alla Sorrentina in a rich tomato sauce and a generous add of melting mozzarella, Spagghetti alle Vongole where seafood alone is enough to make a delicious dish, meatballs Polpette al sugo, the fantastic combination of eggplants and cheese in Melanzane alla Mozzarella, the authentic Caprese salad and the apotheosis of carbs, Pasta e patate con la provola, a delicacy that mixes potatoes, pasta and cheese and is traditionally made with pasta leftovers Italian ladies find in their cupboards, which is why you’ll mostly find mixed spaghetti kinds in the same dish. Simple but delicious!

As for pizza, what can I say about the incredible dough that makes you want to eat even the last bite although you might be stuffed? Or for the delicious ingredients on top, where just two or three are enough to make the taste amazing! The two protagonists of any pizza menu are pizza Margherita, with toppings in the colours of the Italian flag – San Marzano tomatoes, local mozzarella fior di latte and basil – with a legend attributing its creation and name in honor of Queen Margherita of Savoy and pizza Marinara, whose name points to seafood, but in fact it has nothing to do with it. Its toppings are as humble as tomatoes, extra virgin olive oil, oregano and garlic, ingredients that could easily be preserved by sailors on board in order for them to prepare their favourite pizza meal.

Both versions are incredibly tasty and even though you’ll find many others, you simply must try these two classics. The historic center and especially the area around Via dei Tribunali is where you’ll find the best pizzarie not only of Naples, but some of the best in the world, which despite their fame remain simple places, relaxed and affordable, with long queues at all times. In order to make waiting time pass in a fun way, many canteen bars have opened around them, where an Aperol or Limoncello Spritz served in a plastic glass, will lift up your spirit. Gino e Toto Sorbillo ( three pizzarie by the same family on the same street ), Di Matteo ( serving gigantic pizza and amazing fried pasta balls ) and L’Antica Pizzeria da Michele are the ones you should definitely have dinner at.

Finally, the beloved Italian ritual of a coffee standing along the bar’s bench, can be observed in Naples too. Have your first morning caffeine shot at Mexico, a well-known café-bar chain with spots all over the city and a strong espresso blend, or at Leopoldo, with its lively vibe and the delicious desserts made by the Infante family. And even if you won’t reach the Neapolitan record of six cups per day, you can still enjoy every ship, especially of caffe speciali , like the one with hazelnut cream served in the luxurious chambers of the historic, elegant Café Gabrinus.

Before leaving the capital of Italian south, in order to prolong Naples’ delicious aftertaste and as a tasty souvenir, make sure you fill your suitcase with Gragnano pasta, tins of San Marzano tomatoes, wine form Vesuvius vineyards, taralli, even pastiere kept in beautiful metallic round boxes. Think of it as paying tribute to the truly exceptional cucina Napoletana!