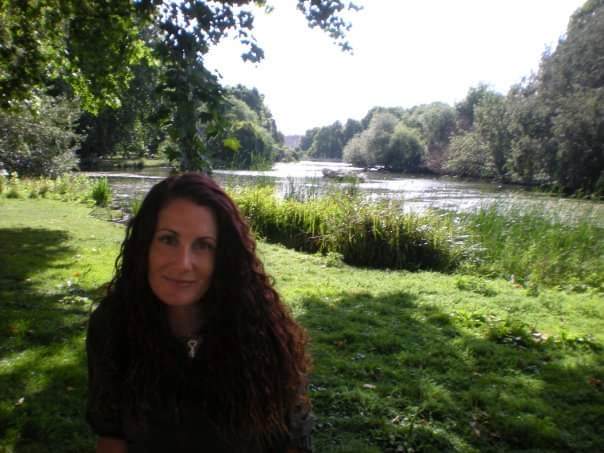 St Jame’s is the most elegant and exclusive area in London, where royals live in palaces and grant warrants to merchants of luxury goods and commons sneak peak in the lives of British aristocracy, who hung out in historic clubs and posh, star studded restaurants. Such an area couldn’t be lacking of an equally elegant and gracious park, which is considered the most aesthetically pleasing in London.
And it has royal origins too, as it used to belong to King Henry VII at the time when nearby Whitehall was to become the new royal residence. James I with his more exotic taste, turned the landscaped grounds to a park for his exotic animals, such as camels, a crocodile, an elephant and exotic birds. Today, still surrounded by royal landmarks like Buckingham Palace, Clarence House and St James’s Palace, grand avenues like The Mall and state offices like Ministry of Justice, Commonwealth Office and the prime minister’s residence on 10 Downing st, St James’s park is an idyllic, serene and flower filled park that remains a shelter for many – less wild – animals.

The fact that is the second smallest park in the British capital, covering an area of just 57 acres, doesn’t make it less impressive. In fact, it’s such a a beautifully laid out landscape that you don’t really need extra activities to keep you busy. A walk in the park in winter, through piles of crunchy, fallen leaves rewards with stunning images. The benches all the way along the lakeside invite you to define the chilly weather and to sit down and admire the view of golden – brown carpers that frame the park’s lake. A walk in the spring dazzles you with colours and fragrances of the park’s flower beds and the atmospheric winter scenery gives its place to a vivid, refreshing and enjoyful one, that seems like a true celebration of nature’s rejuvenation.

The most striking characteristic of the park is its picturesque lake, St James’s Park Lake, which was once the canal that provided water to the park. The long shaped lake has a small island too, the Duck Island. As it name suggests, it is taken over by dozens of ducks that gladly share it with geese, that are also abundant in the park. Ducks have been living there since 1837, when the Ornithological Society of London presented some birds to the park and even erected a cottage for a bird keeper. The lovely Duck Island Cottage remains today and completes the lovely setting along with the fountain and the water lilies of the lake.

The most famous inhabitants of the park though, are definitely the pelicans, six in number thesedays, that harmoniously coexist with the millions of annual visitors of the park. Since 1664, when they were introduced as a gift from the Russian Ambassador, 40 pelicans have lived in the park. You can admire them spending most of their time near the lake and also watch their feeding of fresh fish that takes place daily between 2:30pm and 3:00pm, next to Duck Island Cottage where you’ll also find information about their habits and preserving conditions. And don’t be surprised when you hear the wild animal keeper call them by a name! They each have their own name of course!
But the lake is equally enjoyable for humans too, thanks to the Blue Bridge that crosses the lake. It was originally an idea of architect John Nash, the last one to redesign the park’s landscape, but the one that stands today is the third, low- arched version. It’s the best point in the whole park to stand and admire the magnificent 360ᵒ view, one of the most spectacular ones in London, and believe me the British capital has aplenty! Towards the west, behind the lake spreads Queen Victoria’s Memorial and Buckingham Palace, while to the east the fairytale towers of Foreign, Commonwealth and Development Office are overlooked by the giant wheel of London Eye. It’s the most photogenic and busy part of the park.

Although St James’s park is not big enough to tire you, those in need of a break can choose between two cafés . The biggest one, St James’s Café, is a wooden structure beautifully integrated into the surrounding environs, where you can relax with a hot beverage, a glass of chilled wine or a classic British dish. Its roof top is ideal for sunny days, providing gorgeous view of the lake and fountain, while floor to ceiling windows give a sense of continuity of the landscape even if you sit indoors. On the other side of the park and close to Birdcage walk and Big Ben, the Storey’s Gate Café has a decoration that pays homage to the building’s rich history, first as the lodge of the “Keeper of the king’s birds” during the reign of Charles II and second as a police station.
It’s the ideal spot for an early breakfast before watching the world famous Changing the Guard ceremony, the process of New Guard of the Foot Guard Pediment exchanging duty with the Old Guard in front of Buckingham Palace, accompanied by the Guard’s band that play traditional military music. For an experience less crowed and less touristic you can instead watch the daily Changing the Horse Guard ceremony on Whitehall, on the same grounds that the annual official celebration of the Queen’s birthday takes place, known as Trooping the Colour.

In the same area you can visit the excellent Household Cavalry Museum and not only learn all about the history and mission of the Household Cavalry, but also see troopers working with horses in the original 18th century stables. For a complete experience, why not combine it with a visit to The Guards Museum, located just outside the south side of the park, in order to learn also the story of the five regiments of Foot Guards who have the honorable duty of protecting the Sovereign and the royal palaces.
If on the other hand your aim and purpose of visiting St Jame’s park is for unwinding and relaxing, having a break from too much sightseeing or shopping, then why not rent a deck chair and rest while enjoying the tranquility around you, interrupted only by frisky squirrels who run up and down looking for a tasty snack.

But if you truly want to become one with the gorgeous nature around you, then a long, lazy lay on the grass is just the thing you need, preferably close to the gardens and the park’s famous flower beds. It’s truly a magical experience to visit St Jame’s park in spring time, when dozens of different flower species blossom and spread their intoxicating aromas all around.

Yellow tulips, red bluebells, white and pink roses, geraniums, lavender and salvias planned in beautiful arrangements, not only make St James’s park the prettiest one in London, but also keep alive John Nash’s vision of a park designed in a romantic style. A park inspiring and uplifting for all its visitors.