Naples glorifies the art of snacking 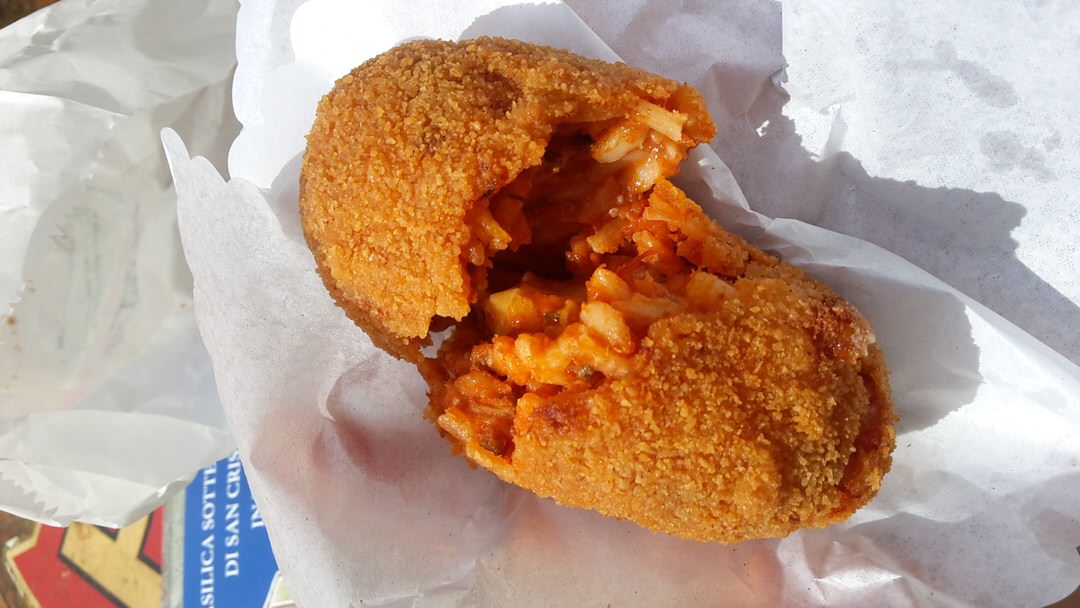 For a capital that holds the sceptre of the best Italian food experience and has the reputation of one of the best culinary destinations in the world, it’s no wonder that even something as humble and ordinary as a daily snack on the go, is elevated to the highest level of a taste enjoyment. Neapolitans are not joking about their street food: this may be a casual meal they eat on the go, but it is prepared with selective ingredients, is freshly made and has no resemblance to the bland taste of fast food. Quite the opposite actually: in Neapolitan snacks tastes are intense, preparation is complicated and no compromise is involved when it comes to quality. So, what is the best snack to grab and eat on the go in Naples and what are the tastes that Neapolitans feature in their favourite street food list?

Taralli everywhere and at all hours! A humble, small, savory bagel that you’d normally overlook and easily pass by, is an easily addictive experience of unexpected deliciousness.

These round biscuits made with lard, lots of grounded pepper and roasted almonds in their classic version, are an iconic assortment for Neapolitan’s walks along the seaside. And they are a perfect match for a cold Italian beer too! For the best and freshest ones head to Taralleria Napoletana where they keep coming out of the oven non stop, in a big range of different flavours. With cheese, tomato, spicy peppers, basil, herbs, wholegrain flour, yellow tomatoes from Vesuvius, red and white onion, turmeric and rosemary or even more special ones, they are a masterfully made snack you simply have to try. Get a box of different ones, as only one tarallo will surely get you back for more, or try them on the spot as part of an aperitivo assortment. The place offers a selection of wines and aperitifs, while the aperitivo plate includes different flavours of taralli, 2-3 sauces and delicious Italian ham and cheese. You’ll be surprised of how tasty and popular they are! The staff will carefully wrap up each tarallo individually to make a beautiful package that you can easily get back home as a gift.

Pizza fritta, one of the oldest pizza forms! Yes, pizza in Naples can be fried too and it’s said that the fried version in fact coexisted to the baked one. And it’s a genius idea to have the world’s favourite food in a street food version.

Indeed, fried pizza is easier to cook that the one of a wooden oven, plus as it is folded it’s easier to eat as a street snack.Make no mistake, Neapolitan fried pizza has nothing to do with untasty and full of fat pizza slices you often find everywhere sold as a quick snack. The same art of preparing a proper pizza is applied here too, with only a few and very selective ingredients used as a filling. It’s a cult street food, enjoyed any time of day as you’ll realise by the queues lining up at street vendors of this kind. One of the best, located in a mostly central part of the city on Via Toledo and just off Piazza Trieste e Trento, is Antica Pizza Fritta Da Zia Esterina Sorbillo. Belonging to one of the oldest families of pizza makers in Naples, considered by many locals the best place to grab their favourite snack and dating back to 1935, it’s a tiny spot with lines of hungry customers extending to the pavement day and night. For only 3,50 euros and a few minutes wait, you can watch the pizzaioli fill the dough -which is made with biological flour- with top quality biological tomatoes, ricotta or provola cheese and sometimes salami and then deep fry it in huge pans until it becomes crispy and golden. You’ll enjoyed it wrapped up in paper, burning hot, right there standing across the pavement, among tourists and locals who all share the same expression of satisfaction and pleasure!

Cuoppo fritto and the fried indulgence continues! A staple of the Neapolitan cuisine since 1800, the paper cone that’s filled with fried delicacies has evolved from the poor population’s favourite snack to a celebrated street food and a symbol of Neapolitans’ skill of pan frying.

Among the narrow alleys of the city you’ll find many friggitorie, small eateries specializing in preparing deep fried breaded seafood or vegetable bites. Cod fillets, anchovies, squid rings and octopus bites is the choice for fish lovers, while potato croquettes, courgettes, aubergines and even pizza dough fried pieces ( zeppolelle ) are also highly appreciated. The range is completed by various arancini, suppli and pasta croquettes ( frittatina maccheroni ) , which are the most delicious choice. They consist of rice or small shaped pasta, mixed with mozzarella or provola cheese and speck ham, shaped into crispy, golden, deep fried, juicy balls with a delicious center of melted cheese. Among various very good choices where you can get a delicious top-filled fried cone are Fiorenzano, Friggitoria Vomero and Passione di Sofi.

The first one is located inside the picturesque food market of Pignasecca in the historic area of Quartieri Spagnoli. Taking advantage of the daily produce of the market they use the freshest ingredients to prepare the whole range of fried snacks plus other Neapolitan specialties, cooked right there on spot. Ideal for a tasty break while strolling around the market.
In Passione di Sofi you’ll be spoiled with choice and find difficulty in choosing among frittatine, crocchè, arancini and calzoni. A great choice in order to try many different tastes are the mixed cones, either the classic Neapolitan or the one with fish, but you can always create your own mix. Especially drawing young crowds, it offers the choice to sit in and take your time enjoying a huge cuoppo while watching how baskets full of fried goodies are being send down by a rope, from the kitchen on the first floor to the street level venue front.

Finally, an absolute must, the temple of Neapolitan fried snacks, is no other than Friggitoria Vomero, on the upper district of the city, on the beautiful hill of Vomero. The third generation of the Acunzo family that runs the business and fries its secret recipes since 1938, owns a small, simple spot that’s besieged any time of day. The fried bites here are incredibly light and cheap and you’d be totally justified if you’d want to try them all! Specialties include zeppole, panzarotti, scagliuozzi, arancini, suppli di riso, frittatine maccheroni and crocchè di mozzarella. And if you’d like to feel like a kid treated to its grandmother’s typical snack, then definitely try the Mozzarella in carrozza, a mozzarella filled sandwich, bread crumbed in egg and flour and then deep fried till crispy and golden.
Oh, and did I mention that in Naples calories don’t count? Just give in and enjoy!